Previously, I blogged about OpenAPI and Azure Functions showcasing the way to generate a Swagger definition from Functions (before official extension was available, which I would pretty much go ahead with in hosted in-process). With the out-of-process model available, the extension is not going to work due to its dependency on the in-process model. So I decided to upgrade my previous demo to showcase how it can be done in the out-of-process hosting model. 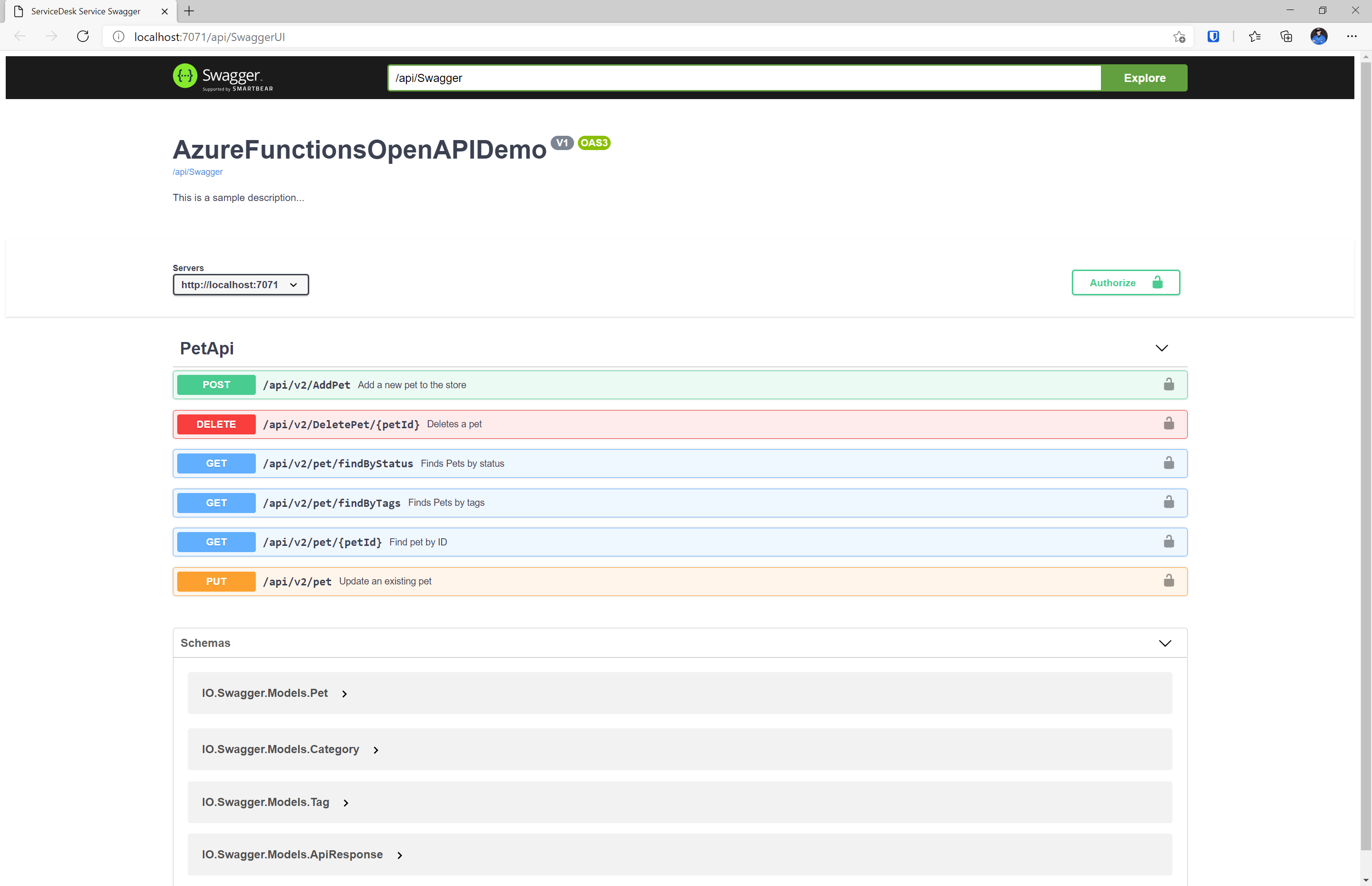 All I had to do to get this work, was to generate a function in .NET 5.0, create the model, respective endpoints and annotate them properly. Few more changes ahd to be done due to differences between HttpRequest and HttpRequestData and also HttpResponse and HttpResponseData (but that was fairly simple to deal with).

I have also added a nice feature - the Function now serves Swagger UI! It was easier to add than I thought, simply add a HTML page, add the Swagger UI styles and scripts from CDN, create a function to serve the static file and you are good to go!

In the demo, there are now two definition endpoints /api/Swagger (returns OpenAPI 3.0 definition) and /api/SwaggerV2 (returns Swagger - OpenAPI 2.0 definition) - both of them can be rendered in the UI (yes, the naming is kinda meh, but it’s just a demo).

Also, if you need to add Azure AD authentication to Functions running in out-of-process model, check out my previous post.

Hi, thanks for this. One comment - as seen here, the swagger page is created for you at ~/api/swagger/ui

Your email address will not be published. Required fields are marked *

You May Also Enjoy

Hey Friends! I have been gone for longer than I should, but I am back! This time, with a really cool sample for using Cloudflare’s serverless Workers platfor...

Last year I managed to get Microsoft.Identity.Web running with Azure Functions. During the time, Microsoft released a new model for hosting Functions on .NET...

I recently run into an interesting situation with authentication. Since serverless and Azure Functions are gaining more and more traction, I wanted to see if...

If you want to programmatically set permissions to documents in SharePoint - it is quite simple, just use Microsoft Graph. If you want to set those permissio...